3 Creative Marketing Campaigns to Get You Inspired 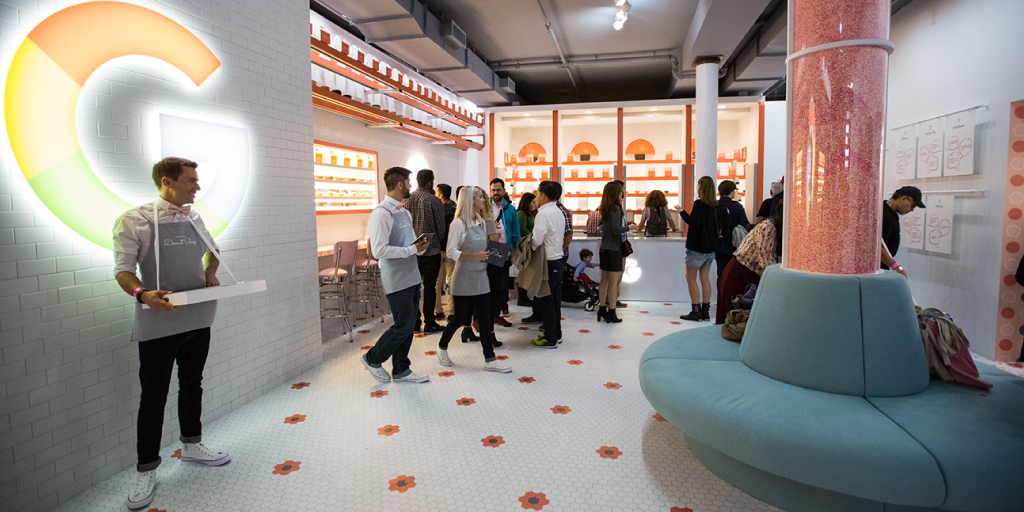 Marketing campaigns can take shape in an endless number of ways. When they’re done right, the consumer doesn’t even notice (or care) that they’re being presented with advertising material because it’s fun, engaging, and doesn’t leave them feeling like they’re the victim of a “hard sell.”

The following 10 campaigns accomplish this goal by taking a fresh and unique approach to marketing by thinking outside the mediums that are generally used to spread brand awareness. See if they inspire you to think more creatively when putting together your next campaign:

Every sports fan knows that shoes are intertwined with basketball in a unique way. The basketball shoes you purchase say a lot about you in the hoops subculture. As KD looked to cement his legacy as an NBA champion by winning a title with the juggernaut Golden State Warriors (please hold your opinion about his decision to join the team), Nike looked to take his shoe’s popularity to the next level.

Durant was set to wear the white version of his new KDX shoes for Game 1, and Nike gave fans a chance to secure their on pair…at a discount no less. The only catch? You had to be quick on the trigger in order to take advantage of the sale. And I don’t just mean the same old sneaker deal where they sell out in seconds, Nike took a more creative approach. Here’s how:

The sale on the KDX shoe was only available during Game 1, and only while Kevin Durant was currently in the game. If a timeout was called or if he was subbed out of the game, the deal would no longer offered until he returned to the action. It was a uniquely interactive brand – consumer campaign that reward hoops fans for watching their favorite sport.

The deal was set to run out when the game ended, but the shoes sold out much quicker than that. In fact, there would be no deal offered in the second half as Nike was rewarded for the creative efforts by selling out quickly.

For big brands like Dominos, conducting thorough and reliable market research is a costly endeavor. That’s what makes their “Points for Pies” concept such an effective campaign – they’re provided with valuable insights with a side (breadsticks, please) of traditional advertising principles that focused on gaining new business.

The promotional deal allowed pizza fans to download the Dominos app and submit images of the pizza they were eating…any pizza at all, Dominos or not. For each submitted image that the Dominos app recognizes as pizza, the user receives 10 points. Once you’ve built up 60 points, congrats – you’ve won a free medium two-topping Dominos pizza!

You might be thinking to yourself, “Wait, take pictures eating competitors’ pizza, and then Dominos rewards you for it?” and that’s understandable…the real genius of the idea requires you to think like a marketer. First, Dominos is acquiring vast quantities of high-quality user data such as the demographics and geographic locations of a pizza-loving audience. Second, Dominos gets to see the exact times people are eating pizza, as noted by the time they upload an image to the app. Finally, Dominos gets more UGC (user-generated-content) than they know what to do with – the images received through the app can be repurposed for marketing material moving forward.

The goal of this particular campaign was to get people to think ‘Dominos’ every time they enjoyed a pizza meal, regardless of where it came from. It also saved Dominos millions of dollars and reduced their customer acquisition cost to around $13 (approximately), which is significantly less expensive than the industry average of more than $60. Combine that with the market research component, and it’s hard to imagine an advertising campaign that was more cost-efficient than Dominos’ “Points for Pies.”

When you think “Google” you probably don’t think “doughnut.” At least not until now.

After the tech giant launched its Google Home Mini (which is, in their words, about the size of a doughnut), a smart speakers that can answer your questions and help you plan out your day, they decided that experiential marketing was going to be the most effective way to spread the word about their new product. Plus, who doesn’t love a sugary treat?

Google partnered with existing doughnut shops and gave customers a chance to walk away with a doughnut, a new Home Mini, or both. Visitors were given the opportunity to ask Google Home Mini a question, which triggered a box to be sent down the chute to the customer. Inside was either a doughnut or a Google Home Mini…truly a win-win situation for participants.

Why did Google choose experiential marketing over more traditional forms of advertising? Research has shown it to be unrivaled in terms of effectiveness. The data suggests that 85% of consumers are more likely to buy a product after participating in an event, and 91% feel ‘more positive’ about a brand after attending an event.

Of course, Google’s campaign was by no means cheap, and it’s hard for small business owners to think like a multi-billion dollar tech conglomerate. However, the principles of experiential marketing and its benefits can be extrapolated out and used on a much smaller scale. Putting money that would otherwise be used for more conventional forms of marketing toward an experiential campaign might just be the push you need to acquire new customers in your area.

Feeling inspired? Start putting together you’re own one-of-a-kind marketing campaign and capture the attention of potential customers who are tired of traditional advertising! Don’t be afraid to take risks and try new things – you never know what’s going to catch fire until you give it a shot.

If your business needs assistance in putting together a creative marketing plan that goes beyond what you’ve used in the past, get in touch today and we’ll find solutions that make your brand pop.