6 Things You Should Know About Facebook’s Rebrand 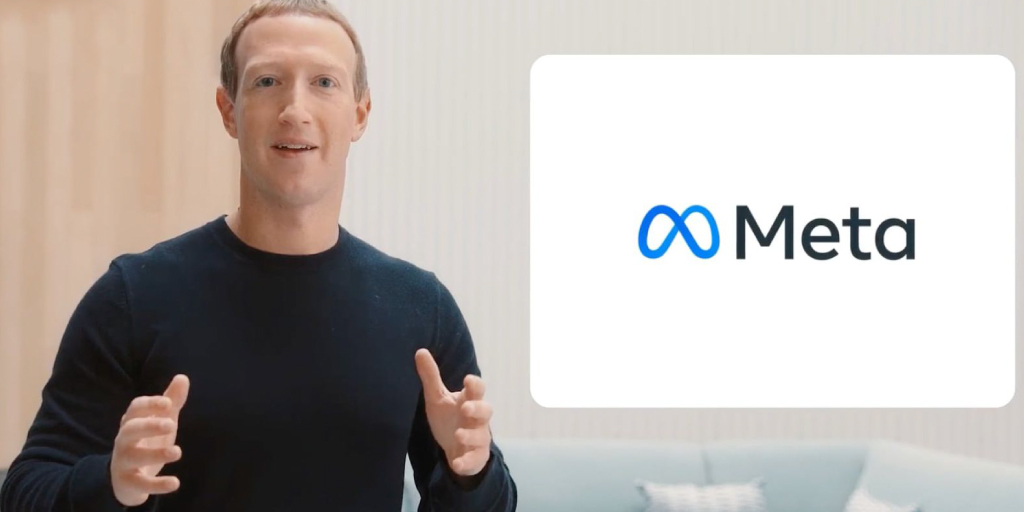 Most would accept the notion that running one of the world’s largest companies comes with its fair share of challenges. For Mark Zuckerberg, managing a company that regularly flirts with, and occasionally exceeds, a trillion-dollar market cap means making hard decisions that will keep the train on the proverbial track. It also means that change is hard.

The platform which was once best-classified as a primitive dating site for college students is now undergoing its latest – and most significant – metamorphosis, complete with a new name, vision, and business model. In this article I’ll go over what you should  about the transition from “Facebook” to “Meta.”

1. It’s Happening at the Right Time

Even those who aren’t plugged into the social media or digital marketing world have probably heard Facebook’s name in the news over the past few months. Back in late summer, a whistleblower revealed the shortcomings in the company’s content management strategy and showed that misinformation, and even “hate speech” was allowed to exist in certain areas on the platform. Additionally, privacy concerns had become increasingly-problematic in recent years.

With all the bad press, which quite frankly has been a theme for the company throughout the last half-decade (who could forget the Cambridge Analytica event), a rebrand feels like a logical path forward.

Mark Zuckerberg’s “Meta” presentation has been viewed with equal parts curiosity and concern…depending heavily on the age of the person you ask. It’s undeniably intriguing, but is this the first step to falling into the dystopian future that we’ve seen in shows like Black Mirror?

Meta has been described as a virtual world where users can create their own rooms, described by Zuckerberg as “home spaces,” that can be customized with extreme detail.  But that’s just the tip of the iceberg. The metaverse will be populated with entire “worlds” that only exist virtually. The company is leaning – no, diving – into the concepts that have only existed in science fiction.

3. It’s Bridging the Gap Between the Real and Virtual Economy

…because at the end of the day, it’s still about the money. The metaverse is expected to push the digital world forward in that users will have the option to purchase items that will live in their virtual homes. To some, that might seem frivolous and unnecessary, but to others (looking at you Gen Z) it seems like a natural progression of the current state of things. Start saving up your NFTs and crypto – it’s going to come in handy when the metaverse begins to take shape.

Whether you’re looking to add virtual art, a new outfit for your avatar, or who knows what else (seriously, it’s anyone’s guess at this point), digital currency can help you upgrade your space.

4. It’s Going to Be Huge for VR Technology

Oculus has been the leader in the VR space since it first began making their ‘Rift’ goggles in 2016. Fast forward a couple years, and now Facebook…or, Meta, rather…owns the company (valued at $2 billion at the time of purchase). So far, the investment hasn’t really paid off. The technology is improving, but it VR still lacks mainstream applications. Meta is looking to change all of that.

The pandemic has made what will likely be lasting changes on the business world. Remote communication has become standard, and now Meta/Facebook is looking for a way to take it to the next level. Interestingly, though, not everyone is convinced that Meta is the best method for pushing this technology to the next level.

John Carmack, consulting CTO at Facebook’s Oculus unit (aka, the head of virtual reality technology at Facebook/Meta) said, “My worry is that we could spend years, and thousands of people possibly, and wind up with things that didn’t contribute all that much to the way people are using devices and hardware today.” Carmack believes the way forward is throw products that are able to help users access the metaverse, rather than the construction of the metaverse itself.

5. The Concept Isn’t Really New (Or even original)

The idea that a VR world could exist has been around for quite some time – even before the technology was available to make it a reality. That Facebook is trying to position themselves in such a way that makes them look like a pioneer has rubbed several actual VR trailblazers the wrong way.

“They are essentially trying to build what many of us have been building for years but rebrand it as their own,” said Ryan Kappel, a tech-junkie who has hosted many of his own virtual get-togethers throughout the past couple of years. He’s not saying that Facebook isn’t allowed to get in on the metaverse action, but that trying to make it seem like a proprietary concept is far from honest.

Typically, when major tech companies announce a rebrand, new product, or any type of idea that might be considered a sea change from how things were done previously, it takes much longer to actually get off the ground than you’d expect. With that in mind, Facebook’s shift to Meta might be an exception to the rule.

In terms of the business side – which is the primary concern of investors who are driving the innovation – December 1st is the big day when “Meta Platforms” will begin trading under the symbol MVRS. This will draw a line in the sand on which one side is Facebook, and the other is something entirely new.

As for those aforementioned investors, it still remains to be seen what the long-term ramifications of the rebrand might be, but so far, so good. The hit Facebook’s stock price took following the negative publicity in recent months seems to be turning around. Valued at $890 billion (give or take) at the end of October 2021, all signs are pointed upward for the future of the company.

The ‘metaverse’ sounds like something out of a sci-fi movie, but who better to lead us into the world of VR and AR (and who knows what else) than the pioneer of social media? Though the details are still a bit murky at this point, with limitless capital and a user-base that’s already in the billions, there’s no doubt that Facebook has the opportunity to complete change (once again) the landscape of social media.