Advertising Strategy Winners and Losers of the Last Year 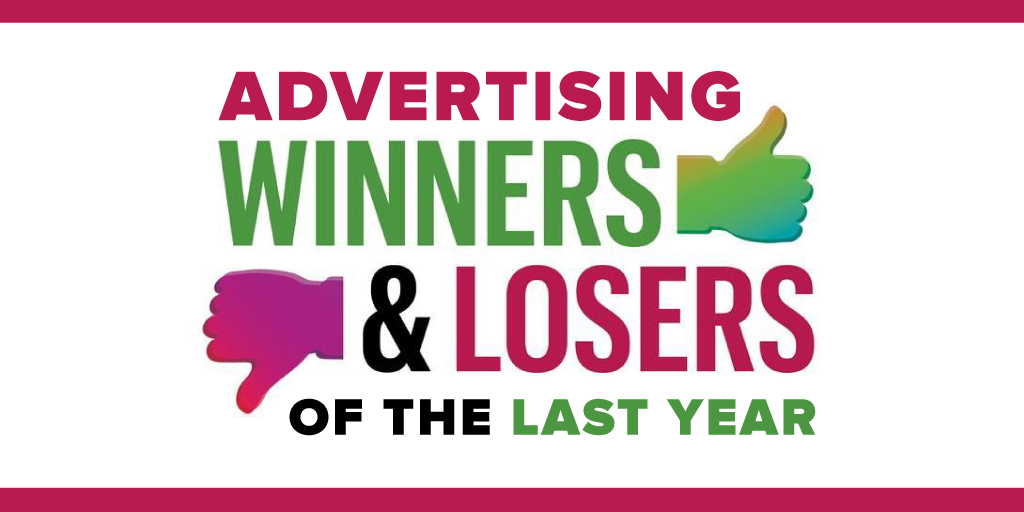 Another year is in the books. Remaining consistent with previous years, the world of digital marketing continues to evolve at a rapid pace. Priorities from years past are now old news, and new strategies are beginning to dominate the conversation.

Before putting together your strategy for 2022 and beyond, it’s important to take stock of the lessons brands should have learned over the past year. Major platforms have undergone major changes (looking at you Faceb…sorry, Meta) and a shift toward privacy considerations and data protection has turned the whole thing upside down. Still, more money than ever is being pushed into the digital advertising bucket.

In this article, I’ll break down 2021’s “Winners and Losers” to help you prepare for the future.

The phrase “near me” is almost always used when individuals search for a business in their area. Needless to say, businesses need to find a way to get in those search results.

Local SEO has become the go-to method of marketing for businesses of all sizes, but especially small businesses relying on foot traffic to drive sales and build their brand. Algorithms take into account a range of factors to determine which companies fit the needs of the user who is searching for services in their industry. Setting up an effective local SEO strategy should be step one for any marketing strategy.

How do you do that, exactly? Start by making sure all your information is consistent across platforms. Build out your “listings” (Yelp, Google My Business, etc.), and post regularly on your social media platforms. From there, your organic exposure should grow, and customers in your area will start discovering your business.

Make no mistake about it – there is still an unimaginable amount of data being captured and processed every second, but it’s not nearly as useful as some would hope. Apple transformed the advertising industry with its rollout of iOS 14, an update that allowed users to opt out of being tracked for advertising purposes. Who can complain about that? It turns out, both advertisers and the owners of the ad platforms weren’t such huge fans of this move.

Not only is it difficult to accurately target users who opt out of being tracked when using various apps on Apple’s devices, but attribution has become a challenge as well. Meaning it’s now more difficult to get a clear picture of the actions users are taking on the websites and apps of advertisers.

Facebook, for one, did not mince words when taking on Apple’s bold new plan. Now that we’re a few months removed from the update and have recognized that neither the global economy nor Facebook collapsed, it’s safe to say that we can get used to more of these privacy protections in the future.

It’s not exactly news to say that video has become an extremely popular – actually, the most popular – form of content on the internet. Reputable companies have reported that in 2022, online videos will account for upwards of 80% of all consumer traffic. If you’re wondering how that stacks up against years past, that’s nearly a 15x growth rate from 2017, which wasn’t exactly the dark ages of internet video content.

Nearly everyone (96%) increased their video consumption rate over the past year, and this trend doesn’t look like it’s going anywhere. Of course the pandemic has had some impact on content consumption as people have spent more time in their homes, but let’s be honest about this aspect: videos can be consumed just about anywhere with phone reception.

Even with the “covid factor” hopefully becoming less significant in the future, it’s unlikely that video consumption numbers will be reduced in any meaningful way. Businesses (and individuals) who have dedicated time and resources to making video that’s optimized for online viewing will be leading the way for years to come.

If one had to name a villain in the technology industry, it’s likely that Facebook would be at the top of that list. Is that really fair? It’s complicated. Still, the social media behemoth can’t get out of its own way when it comes to reputation management.

Let’s be clear about a few things: not all of the criticism thrown at Facebook is justified. For example, those who have taken issue with its content management strategy are probably not taking into account the sheer volume and complexity of the issue. Today, there are nearly 2 billion users on the platform. To think that a company can accurately prevent the spread of any misinformation, especially at a time when it’s hard to say what even qualifies as misinformation, is probably a bit misguided. So why all the backlash?

Mark Zuckerberg hasn’t been the greatest spokesperson for the company. In fact, when the company comes under fire, it’s typically followed by a justification that says, in so many words, “you guys don’t understand the problem, and therefore can’t appreciate how much we’re doing to fix things.” Also, the whole “Meta” thing hasn’t helped much.

The idea of a “Metaverse” isn’t new. It’s been used in science fiction for decades to describe a world in which people are communicating and interacting in a world separate from the one we consider reality. Many have interpreted the term to be slightly dystopian in nature, representing a shift from human connection to something that has the potential to change our species forever. While it’s hard to say if this is the reason for the downward shift in the company’s reputation, it’s certainly up for discussion.

One of 2022’s more interesting stories in the technology,  advertising, and business industry will be following how Facebook/Meta manages their reputation crisis. One thing is certain though, they aren’t exactly hurting for cash. With a market cap fluctuating around the $1 trillion point, capital should not be a problem.

Sound like keeping up with the industry is a full time job in and of itself? You’d be right about that (2021 has been good to digital marketing professionals). If your business needs a partner to help strategize an advertising plan that fits with your goals and budget, get in touch today for customized solutions.

We thank everyone who supported Brick Solid Brands in 20w21 and look forward to continued growth and success – for our brand and yours – in 2022!