Social Media Platforms to Watch in 2021 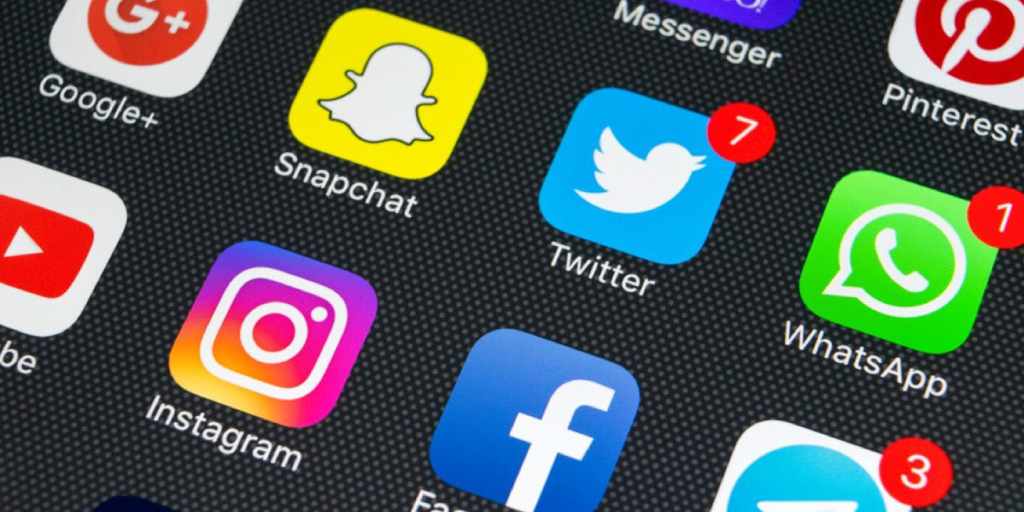 Each time you start to think the tech powers that be have finally created a social media option for everything and everyone, another “beta” version of something new shows up. As an advertiser, it can be challenging to stay on top of it all.

With each new platform comes new opportunities to reach audiences across different demographics and interests who might not have found a home on the “big guys” like Facebook, Instagram, and Twitter. Does any of it make sense? Well, that answer probably depends on your age.

When it comes to digital marketing, the ability to adapt and learn new products is arguably the most important skill you can have. In this article, I’ll lay out 6 social media platforms to watch – some of which have already started rolling out in recent months.

I know, I know, we’ve all heard of TikTok already and that’s why it’s at the top of the list. If you haven’t at least considered adding it to your digital marketing toolkit you could be missing out on the younger generation (or future consumers, as some would call them).

The dangerously addicting short-video platform was the breakout star of 2020. Though it’s arguable that its massive success was aided by the pandemic, most expect it to stick around moving forward.

Regardless of your age or social media abilities, creating content on TikTok is fun. However, it’s probably not a great idea to put the majority of your advertising dollars into TikTok in 2021 simply because of its limited demographic reach. With that said, if you’re looking to connect with the younger generation, this is the place to be.

Clubhouse’s strength is that it provides the opportunity for a back-and-forth exchange between speaker and listener. The live audience experience may have been put on the backburner since early 2020, and this social media platform is doing something about it.

One of the unique features of Clubhouse that sets it apart from other social media platforms is that content creators are only allowed to broadcast their material on an invite basis. The app’s founders have stated that they’re waiting until everything is just right before opening up all the features of the platform to the general public.

One of the laws of the social media industry is, “When something is successful, try to copy it.” For example, look at Snapchat’s “stories” feature. Not long after Snapchat unveiled this popular new component to their app did we start seeing it on Facebook and Instagram.

Instagram released its own version of TikTok when “Reels” debuted in 2020. In terms of advertising utility, Reels is expected to be a major player in the space due its established user-base that has a bit more demographic variance than TikTok (although it still trends young).

Combining the undeniably fun user-experience of TikTok with the vast and powerful advertising network that is used for Facebook and Instagram marketing could have advertisers wishing they explored Reels before everyone else got in on the action.

Hundreds of millions of dollars have been invested in the audio entertainment industry over the past few years. Now, Twitter is throwing its name in the conversation with the rollout of Twitter Spaces. Though the space is becoming increasingly-competitive, Twitter has the capital to insert its name into the conversation.

Similar to Clubhouse, right now Spaces is only available to content creators on an invite basis. Questions about how to moderate content still need to be answered before it’s available to everyone, but it’s still something that feels like an inevitability.

The basic premise of Spaces is to keep the essence of Twitter – meaning the exchanging of ideas – but add in the intimacy that can only be captured by the human voice. It’s still in the beta phase at this time, but industry experts think that it could inject some much-needed excitement into a social media company that has been in the spotlight, often for the wrong reasons, throughout the past year.

Although the app has been around since 2016, the pandemic launched House Party into a new stratosphere. Today, the group-video company boasts more than 50 million users, and it’s still growing.

House Party does offer space for advertisers, but those who have had the most success with the platform have used it for building community around a brand. For example, a makeup company hosted a tutorial session with a handful of potential customers.

The downside of House Party is the competition. Zoom has clearly pulled ahead as the go-to spot for virtual gatherings, and that could mean House Party won’t be able to keep enough of the market to be a long-term force. With that said, if you know how to leverage the platform in its current state it can still be used to bring customers closer to your brand.

Built by a team of ex-Apple designers, Caffeine is the latest in a long line of live-stream platforms that allow content producers to monetize their audience viewership in real time. With more close to $300 million in investments so far, the video service certainly has the funding to become a force to be reckoned with.

Similar to Twitch, Caffeine also allows broadcasters to share their screens, which could present opportunities to steal some of the gaming audience that helped make Twitch a household name.

When it comes to its marketing application, businesses are finding that it’s a great way to expose audiences to new products, execute tutorials in real time, and simply connect for Q and A sessions between brand and consumer. It’s still too early to say if it will take over as the leading platform in the live video space, but most social media experts are expecting Caffeine to make a big splash this year.

The evolution of social media has been a fascinating experiment which reveals how communication – both on a personal level as well as in a group setting – changes over time. For advertisers, the only thing we can hope to do is stay on top of it all.

Through all of the change and uncertainty, one truth remains evident: those who adapt quickly and embrace new opportunities are bound to dominate before the rest of the crowd catches up.

If your business needs help putting together a digital marketing strategy that gets results, get in touch today.